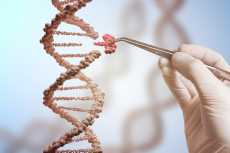 NEW YORK (GenomeWeb) – A team of researchers in Belgium and Texas have developed a CRISPR editing approach that takes advantage of a common genetic element present in Escherichia coli, making the genome editing process faster and scarless.

Genome editing normally requires the creation of CRISPR constructs that include unique guide RNAs (gRNA), which target a gene for modification. But by generating a gRNA against this common genetic element, called the flippase recognition target (FRT) site, the CRISPR-FRT circumvents this design constraint and obviates the need for unique gRNAs, according to the researchers.

The team showed that the CRISPR-FRT method directs a gRNA to an FRT sequence present in each knockout mutant of the E. coli strains in the Keio collection. In the arrayed Keio collection of 3,884 deletion mutants, each non-essential E. coli gene has been replaced by a kanamycin-resistance (KanR) cassette flanked on each end by FRT sites. Instead of designing and cloning a unique gRNA for each gene, a single gRNA-FRT can target any gene in this collection, the researchers said.